Inside your camera just in front of the sensor is a curtain that opens and closes to expose the sensor to light for a certain amount of time.  The amount of time that you choose will effect how the movement of the subject is recorded.

Lets first take a look what speeds are available.  Cameras can shoot as short as 1/8000th of a second, or if you use bulb mode you can leave the shutter open as long as you want … minutes or even hours.

Each step on the shutter speed scale will give you half or twice the amount of light.

Your shutter speed will determine how movement in your scene is perceived.  Whether you want to stop motion or show movement over time with blur.

Lets take a look at what a fast shutter speed can do for you.

The little bird was shot at 1/1000th of a second, the wings are sharp and you do not see any blur even though you know that his little wings were flapping like crazy. 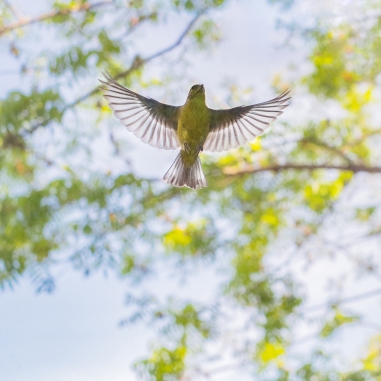 The rain drop was shot at 1/125th of a second and you can see that the droplet of water on top  is not sharp.  I wish that I had taken this shot at 1/500th or even faster to completely stop the motion of the droplet.  (I still love the photo though) 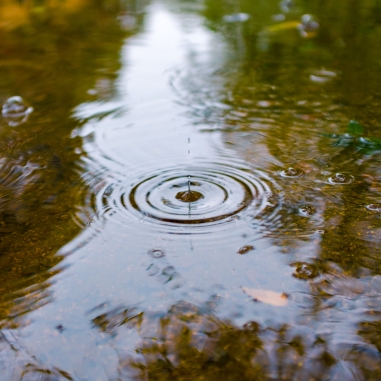 What can you do to make your shutter speed faster.

I like to use slow shutter speeds to show the movement of water over rocks or a waterfall but it really can be used for any movement.

The first shot was taken with a shutter speed of 2 seconds.  The water was moving while the shutter was open causing it to blur.  I should have been on a small tripod to use such a long shutter speed but I did not have one with me so I set my camera down on a rock and used the timer mode so that the camera was not moving during the exposure. 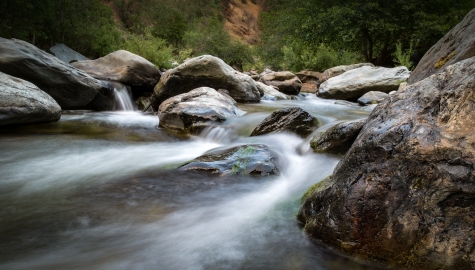 The next shot of the trees I was experimenting.  I loved the way the light was coming through the multi colored leaves so I set my shutter speed to 1/15th of a second and took a few shots while moving the camera around.  I love this shot because it reminds me of an impressionist painting. 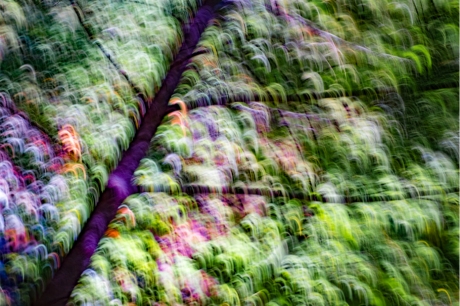 What can you do to make your shutter speed slower.

If that is not enough to get the slow shutter speed that you want then you can use a filter called a neutral density filter or ND filter.  These filters have a dark element and cut down the amount of light that go through your lens

In this shot I was on a tripod and used a 10-stop neutral density filter.  With the filter my shutter speed was 15 seconds long, without the filter my exposure would have been 1/60th of a second. 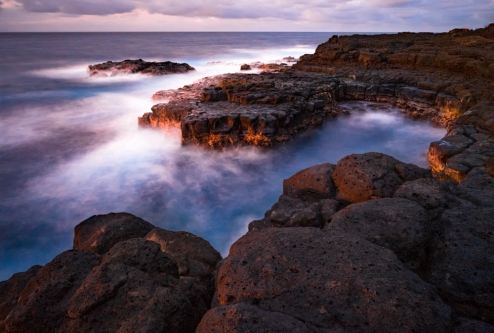 All images and text by Melinda Walsh