Close up with extension tubes

Over the years I have always enjoyed close up photography, you know, the up close and personal stuff- bugs, rust, flowers, ice, dewdrops, etc. I wasn’t lucky enough to have a real macro lens so I used close -up filters which were single element and mediocre at best. Then I graduated to extension tubes- way better, then to my Canon 50mm macro with life-size adapter, then to my Canon 100mm macro lens, way,  way better. Now I’m using the 100mm with the extension tubes. Lots of magnification. In addition to the tubes, I’ve added a macro focusing rail and led lights.

Extension tubes frequently come in sets, sometimes two, sometimes three tubes to the set. I used our Promaster set which has electrical contacts for the automation in the camera and came with three tubes for Nikon F mount. Some lesser sets are tubes without electronic contacts these make things slightly more challenging like exposure and focusing. Tubes do not have glass in them like teleconverters so we are using only the center of the lens on the camera ( the sharpest part of the lens) to capture the image. They are easy to use, just mount them to the body, mount the lens to the tube then start shooting.

make life easier. Focusing in manual is sometimes easier due to the shallow depth of field and the geared rail is very accurate, 1/32 increments on the rail. Some rails have only forward and backward sliding controls and have minimal movement laterally. These are fine but are not usually geared like the Macro Focusing Rail. They do travel a bit easier because of their size and weight. With this degree of magnification

having the gearing is almost a necessity for focusing in manual and focus stacking. Both styles have dovetail Q/R plates for easy mounting of the camera while the Macro Focusing Rail also has one installed on the bottom of the rail for mounting on a tripod dovetail Q/R receiver.

All images were shot at the infinity focus point of the lens and zoomed to approximately the same focal length. They’re for illustrative purposes- not an artistic endeavor. 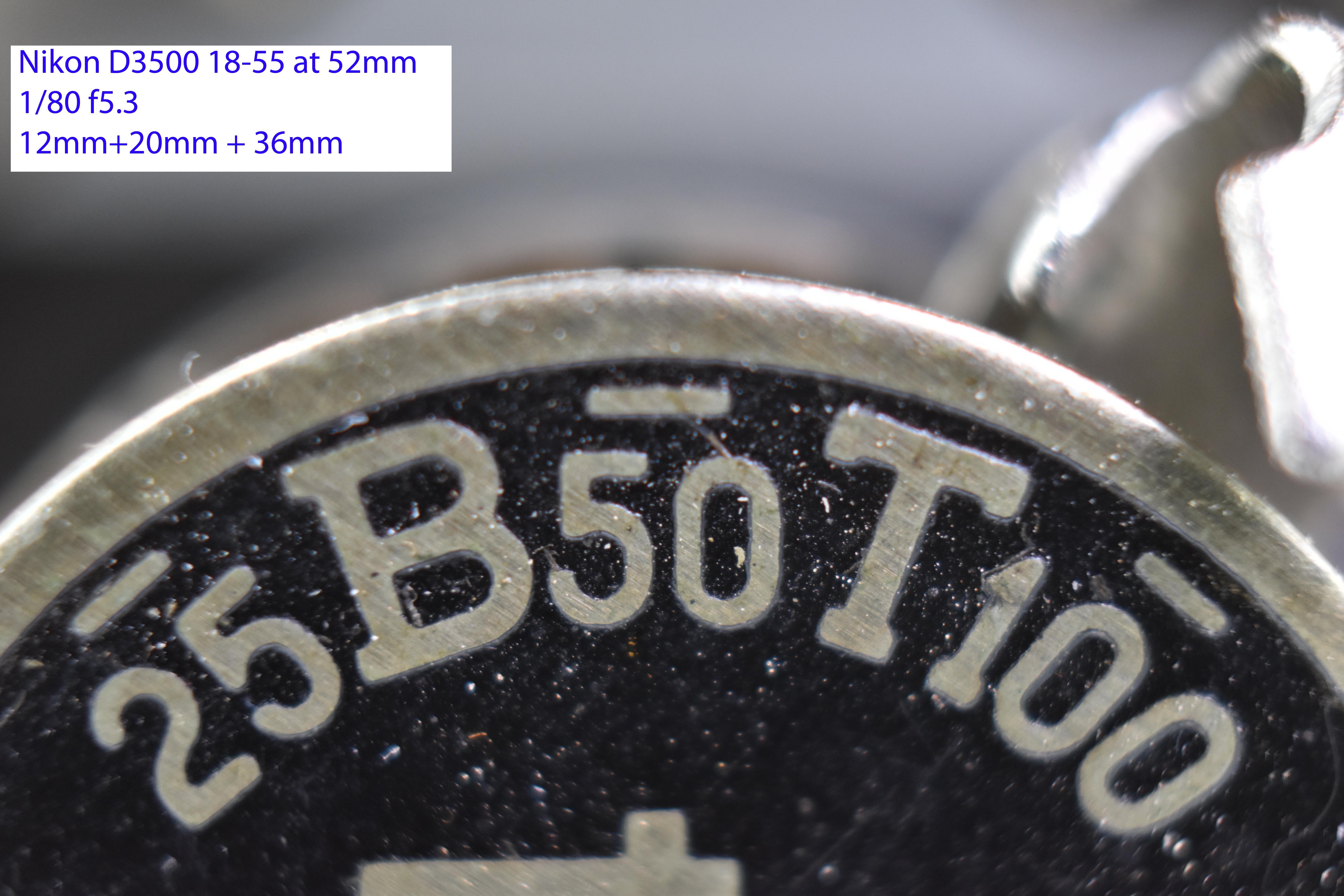 This is the original Kodak Autographic  No.3-A Jr. camera (cropped).